Mukilteo, WA is a quiet little town located on the Puget Sound. Our family has been living here for over a decade. We have found the schools to be some of the best schools in Washington. Rosehill community center has many family friendly concerts and event through out the year. In the summer time you can enjoy the local Farmers Market down by the lighthouse full of arts and locally grown food. Local hobbies include rockhounding along the beaches, scuba diving, and crabbing.

Mukilteo, a Native American name that over time became known as “a good camping ground,” is the site where the Point Elliott Treaty was signed by Governor Isaac Stevens and representatives of 22 Native American tribes in 1855. The first settlement in the County was established on the northern point of Mukilteo in 1858. Pioneers to Mukilteo developed a trading post, lumber mill, cannery and a port of entry for the trading ships.

The City was incorporated in 1947 with a population of 775. In 1980, an area to the south of the City boundaries was annexed, which was followed by the 1991 annexation of Harbour Pointe, a master planned community that included a shopping center and an award winning public golf course. The Harbour Pointe annexation almost doubled the city’s population from 6,900 to 13,000 and increased the city’s area to 6.6 square miles. A gallery of vintage photos taken in Mukilteo in the 19th and early 20th centuries is down the page. 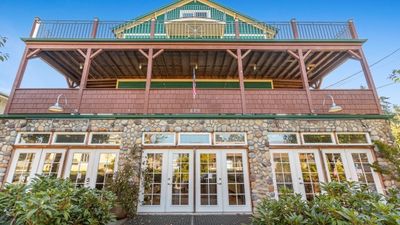 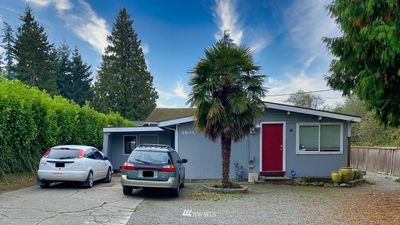 Please remove some of the selected filters.
1 2

The database information herein is provided from the Northwest Multiple Listing Service (NWMLS). NWMLS data may not be reproduced or redistributed and is only for people viewing this site. All information provided is deemed reliable but is not guaranteed and should be independently verified. All properties are subject to prior sale or withdrawal. © 2022 NWMLS. Updated: 5th July, 2022 12:19 PM (UTC)